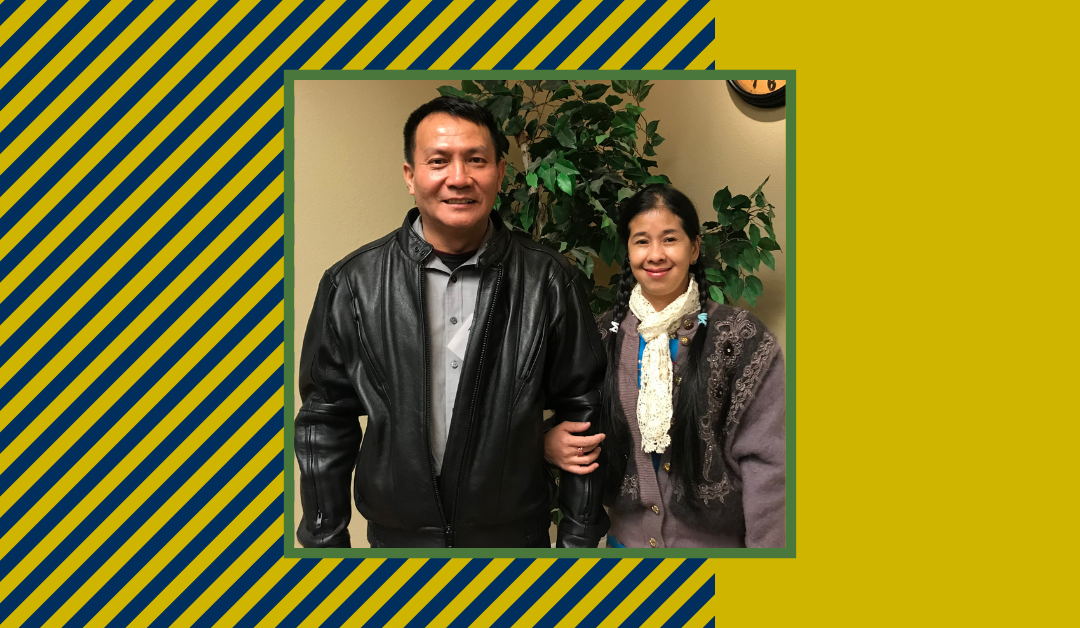 Hlaing Than spent a decade in prison in Burma for protesting in favor of democracy – the same issue the country is embroiled over currently.

When he was released, the military government wouldn’t allow him to work, so he escaped to the United States as an asylee.  10 years later, his wife, Cho Cho, joined him at our Hidden Brook community.

Hlaing took advantage of the many programs we offer, like English classes, financial literacy, computer literacy, and services provided to access Medicaid, food, and healthcare.  Hlaing and his family also enjoyed gardening at the community garden at Hidden Brook.

He began working with Hope in early 2020 as a Burmese Community Navigator, helping other asylees and refugees from Burma get the same help he received when he first arrived at Hope. Simultaneously, he was operating his first small business, which sells smoking products.  When COVID hit, he started a second small business to produce PPE. Both businesses have been wildly successful, and in June 2020 he, his wife, and their young son bought their own home in Denver.

Realizing this dream has meant so much to Hlaing and his family.  From a prison in Burma to his own home in Denver, his story is a testament to what people can do if given the tools for success!

In February 2021, as political turmoil and democratic uprising again overtook his home country, Hlaing felt the familiar pull of duty, and decided to refocus his time to be more active in the protests for democracy – although this time, from afar, as the leader of the Burmese Community of Colorado. He worked with Hope to train his replacement so that there was no time clients would be without somebody to help them.

Hlaing will be sorely missed as a constant figure around Hope Communities. He has been an exemplary employee, community leader, and example of the American Dream coming to fruition. He assures us that he will volunteer with Hope in the future as he is so grateful and impressed with the programs and services we provide. We wish him the very best with his businesses and look forward to working alongside him on community initiatives.

You can hear an interview with Hlaing from KUNC news about the activity in Burma and protests in Colorado. The interview starts at the 21:25 minute mark.